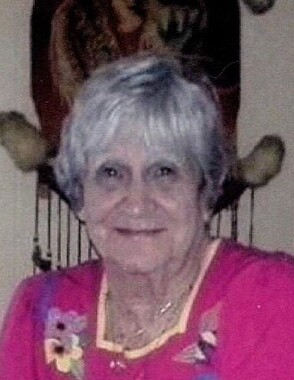 Back to Shirley's story

Born May 29th, 1936 in the coal mine camp in Malakoff. She met Jesus on Feb. 17 at 83 years young. Shirley lived most of her life and raised her children in Corsicana.
She was born the youngest of three daughters to George and Lula Mae Donnelly. Her early life was spent living in and around Malakoff and she graduated from Old Hubbard High School. She met and married her first husband Herbert Herman Degner at the age of 19, on Sept. 10, 1955. They were married until his death on April 8, 1982. From this union two children were born, their son Glen Degner and daughter Dana Collins.
Shirley had a strong work ethic that she instilled in her family. She worked continuously throughout her life until she retired at 70 years old. Even then, she continued to work for friends and family for years. Some of her past occupations included, HR supervisor at Woolworth Department Store, Cashier at the Shell Station on Beaton and Hardy. She was also a caregiver for Centex Group Homes.
Shirley loved to sew and garden. She was an avid reader, often reading several books at one time. She loved her family and adored her grandchildren and great grandchildren. Shirley had a flair for life that was magnetic and attracted a youthful following that stayed connected to her throughout their adulthood and her entire life.
Beginning in the 1970's with her own children's friends, continuing throughout her second marriage with her step-son Todd Hamill and finally through the friends of her grandchildren. Even in her 80's she maintained her youthful spirit and zest for life.
She was preceded in death by her parents George and Lula Mae Donnelly; first husband, Herbert Degner; second husband Phillip Hamill; two sisters, Loma Medecke and Dorcas Accipiter; two sons of the heart Dana Humphries and Jim Wilson.
Survived by her; sister, Patricia Hodges; children Glen Degner and wife Judy; Dana Collins and husband Randy; step-son Todd Hamill; daughter of the heart Debbie Stephens and husband John; grandchildren Aspen Douglas and husband Jonathan; Alison Smith and husband Danny; and Whitney Collins; great grandchildren; Gracie Gullatt, Madison Williams, Kaylie Jenkins, Madden Williams and Lela Smith; a host of nieces, nephews and extended family.
Services will be officiated by Pastor Charky Marquis, on Friday, Feb. 21, 2020 at Lone Star Cowboy Church of Navarro County on Hwy 22 in Corsicana. Celebration of Life from 1 to 2 p.m. immediately followed by service from 2 to 2:30 pm. Graveside is at 3:30 p.m. at Malakoff Cemetery. Pallbearers; Danny Smith, John Stephens, Jonathan Douglas, Romney Morrow, Jeremy Meseberg and Kyle Hammond.
In lieu of flowers, the family asks that donations be made to the Lone Star Cowboy Church of Navarro County Building Fund. Send to: LSCC Building Fund, 4495 W. Hwy 22, Corsicana, TX 75110.
Published on February 19, 2020
To plant a tree in memory of Shirley Hamill, please visit Tribute Store.

Plant a tree in memory
of Shirley

A place to share condolences and memories.
The guestbook expires on May 19, 2020.

Linda Bradfield
I remember when I came to visit Glen and Shirley she let me stay at their and she was good to me. She was a sweet lady and I am glad that I got to know her. I came back when Glen got married and surprised him at his wedding. She will always be remembered.
Cathy selman
Rest in Pease sweet friend of mine. She would listen to my crazy stories and always wanted to hear more. I will truly miss this great lady.
Robert Newland
So sorry for your lost 🙏 but with your faith and hers you will meet again in God's glorious heaven 😇
Pat and Valli

Be My Love Bouquet with Red Roses was purchased for the family of Shirley Hamill by Pat and Valli.  Send flowers

Peggy Taylor
Shirley was much more to me than my brother's mother-in-law. She was my friend and I loved her. Much love and prayers for all the family. She was witty, funny and had a heart as big as Texas. She loved hard and helped so many people. A woman that made her mark on life and will be missed by so many. Her - has so much to tell.
Canitha Graning
Go rest high on that mountain Aunt Sherry! Thanks for all the great nights watching scary movies and eating fried potatoes, round steak and ranch style beans. I love you. Neka
Elonda Cassady

I remember Shirly being such a sweet kind neighbor when I first moved to Corsicana.

Janice Hethcoat
Love and prayers to you all.
Susan St. Clair
Dancing with my Granny and all your peeps in heaven. RIP Aunt Sherry ❤️
Cordy Albritton
Big hugs and big prayers for the family. God Bless you all.
Shawnda Morelock
You are truly on of a kind, and will be missed so much! Fly high granny I love you
View all 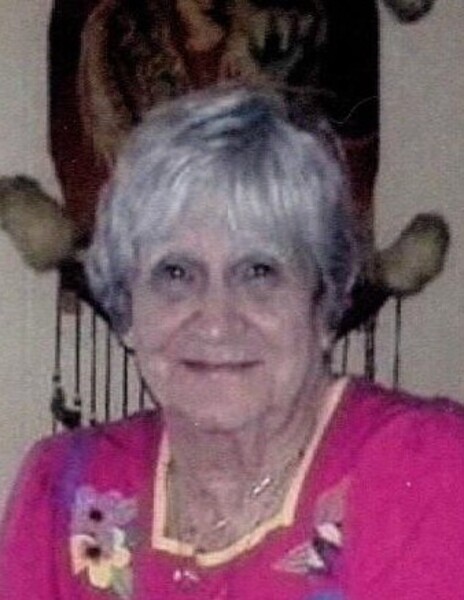