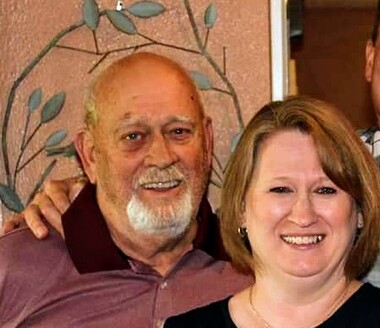 Back to Robert's story

Robert Lynn Owen (Bob), of Morgan Mill, went home to be with his Lord and Savior on Thursday, Nov. 28, 2019.
Funeral services will be held at 11 a.m. Tuesday, Dec. 3, 2019 at Stephenville Funeral Home Chapel with Pastor Russell White officiating. Burial will follow at Morgan Mill Cemetery. Visitation will be held from 6 to 8 p.m. Monday, Dec. 2, 2019 at Stephenville Funeral Home.
Bob was born on May 18, 1944 in Corsicana to the late James Albert Floyd and Ollie Jeanette Garner Owen. He married Sandra Rister on June 3, 1967 in Big Spring, sharing over 52 wonderful years together.
Bob served his country during the Vietnam War in the United States Air Force. He was a long-time member and servant at Victory Baptist Church in Stephenville, and lived the past 30 years in Morgan Mill, moving from East Texas.
Bob was a Meteorological Technician with the National Weather Service and retired with 38 years of service.
Bob is survived by his beloved wife, Sandra; daughter, Lynn and husband Craig Ries of San Angelo; son, Michael and wife Angie Owen of Weatherford; grandchildren, Lexi and husband Bryce Zak, Nick Ries, Michaela Owen, and Jake Owen; sister, Earlene and husband Johnnie Bowling; brothers, Kenneth Owen and Don and wife Juanita Owen; and many nieces and nephews.
Condolences may be sent to www.stephenvillefh.com.
Published on December 2, 2019
To plant a tree in memory of Robert Owen, please visit Tribute Store.

Plant a tree in memory
of Robert

A place to share condolences and memories.
The guestbook expires on March 01, 2020.

Sy!via Farrar Ritter
Sandra, Lynn, Michael and family members, I am truly sorry for your loss. I have always thought Bob was the finest example of a Christian man and Sandra you and Bob has a Christian couple. My prayers and thoughts are with you all!
View all