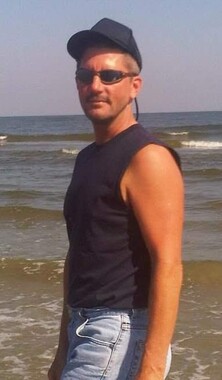 Back to Ray's story

Ray Deen Brown, Jr. was born July 3, 1963 and passed away Jan. 12, 2020. Ray was known as Deen by friends and family.
He spent his career life working in water treatment plants, gaining a vast amount of knowledge of chemicals to make safe, clean drinking water. He was awarded Outstanding Professional Award for his contributions to the industry, the environment and public health in 2012.
Deen lived by the biblical scripture "work as though you are working for the Lord" and had an extraordinary work ethic. He lived his life the same way outside of the workplace, always considering if The Lord would be pleased with him in his behavior toward others.
Deen loved to fish and his favorite place in the entire world was the beach, where he could sense the power of God. He lived his life to make a difference, always thinking of others, especially his family and those who were in need. He was devoted to his wife, mother, daughter and grandchildren. He will be dearly missed by his family and friends. If a man's heart is measured not by how much he loves, but how much he is loved by others, Deen's heart was gigantic!
He is survived by his wife, Rhonda Brown; his mother, Doris May; his daughter Amanda Runyon and son-in-law Joey Runyon; three grandchildren Alexis Runyon, Brynlee Runyon and Bryant Runyon; his brother Gene Brown, and a host of aunts, uncles and cousins.
He was preceded in death by his father, Ray Deen Brown, Sr.
Graveside Services will be held at 11 a.m. Thursday, Jan. 16, 2020 at Hamilton-Beeman Cemetery with Rev. Dan Gleason officiating.
In lieu of flowers, memorials to: Amazing Facts (amazingfacts.org) or mail donation to Amazing Facts 6615 Sierra College Blvd Granite Bay, CA 95746
Published on January 13, 2020
To send flowers to the family of Ray Brown, please visit Tribute Store.

Send flowers
in memory of Ray

A place to share condolences and memories.
The guestbook expires on April 12, 2020.

Lisa (Watson) Hanna
I am so sorry to hear of Deen's passing but I know in my heart he is walking with Jesus. His Faith was strong and he is no longer suffering. Prayers for Peace and healing for all the Family.
View all