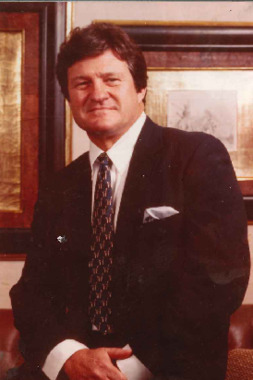 Back to John's story

Plant a tree in memory
of John

A place to share condolences and memories.
The guestbook expires on April 15, 2020.

Johnny Kent
Quite a unique man rode once with him in his golden Cadillac. I hope I spelled that right for Vanna's sake. May God forgive me for the late condolence.
Ty Willis
Johnny Crawford was the best. He once said, “I like people that like me.” That explains why he like so many people. Everybody liked Johnny.
Beverly Bell
I had thegreat pleasure of know JC and his crazy socks since 1989. He is going to be missed.
Jana Hayes
Heart felt thoughts and prayers for JC and the Crawford Family. In our hearts JC will live forever. Love you JC from Addison - Always, JZ
Brenda Rash
Hayden I loved working with your dad. His R&R's and PDQ'S were notorious when I worked in the file dept. years ago. Another great man has gone to his heavenly home. Sending condolences and prayers.
Allison Shafer
My thoughts and prayers are with all of his family. John was a wonderful, cheerful and funny man. He could always make you smile. He will be missed dearly!
Marian Sheinberg Freeman
Your Dad and the whole family influenced the first 7 years of my life when I lived next door and helped shape who I am today. I have beautiful memories of that part of my life and will be forever grateful. Sleep with the angels JC. Much love to you all.
Joseph Tomasello
Heartfelt sympathy Amy you were always at your father’s side and loved him like you loved to smile. To John & Julie take care of your mother, I remember you both fondly. Prayers for all of you.
Gary & Sheila Poe

Hayden,
We are sorry to hear about your dad.

John was always very supportive of my brother and his ventures in Racquetball. The Crawford family even gave me a job at one of the bakeries, while I was in college. Very supportive and kind family! Sending the Crawford Family our sincere condolences. Praying for you. God Bless

Debra & Steve Schneider
AMY...and to all of your family....John was a special person, he was an inspiration to many, his compassion and kindness to others for his community was one of his greatest traits and was reflected by his family. Our sincere thoughts and prayers to all of you...
View all