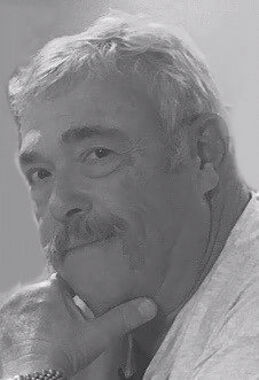 Back to Jerry's story

Dr. Jerry Gurkoff passed away on March 18, 2020, at Baylor Scott & White Hillcrest Medical Center, in Waco, Texas, after a short illness. Burial took place at DFW National Cemetery, Dallas, Texas. A memorial service will be planned for a later date.
Jerry was born in Chambersburg, Pennsylvania, on March 2, 1949. Then moved shortly thereafter to Harrisburg, Pennsylvania, where he attended the local public schools. He graduated from Kenyon College, Gambier, Ohio, in 1970 with degrees in biology and history. In 1972, he married Gloria Sollenberger. He graduated from The Philadelphia College of Osteopathic Medicine in 1975. He interned and then began an orthopedic surgery residency in Harrisburg at Community General Osteopathic Hospital and completed his residency at Tripler Army Medical Center, Honolulu, Hawaii.
He was staff orthopedic surgeon-United Nation Forces-U.S. 8th Army, 121 Evacuation Hospital, Seoul, Korea, and at Dewitt Army Hospital, Fort Belvoir, Virginia. He began private practice in Grand Prairie, Texas, later at Corry Memorial Hospital, Corry, Pennsylvania, then at Navarro Regional Hospital, Corsicana, Texas, and at Commonwealth Health Center, Saipan. He retired in December 2019.
Jerry was a member of The Board of Directors of The American Osteopathic Academy of Orthopedics, President of the AOAO 1996-1997. Residency Training Examiner, AOAO and Orthopedic Residency Director at DFW Medical Center, Grand Prairie, Texas.
He enjoyed breeding and showing Arabian horses, was a model railroading enthusiast, loved reading, woodworking, and rooting for his favorite teams, the Dallas Cowboys, the Texas Rangers and the Philadelphia Flyers.
He was a member of Temple Beth El, Corsicana and Congregation Agudath Jacob in Waco.
Survivors include his wife, Gloria; daughters, Gina and Lori; a five-year-old grandson, Jackob; and a niece, Jessica.
In lieu of flowers, memorials may be made to Congregation Agudath Jacob, Waco, Temple Beth El, Corsicana, or any charity of your choice.
The family invites you to leave a message or memory on our "Tribute Wall" at www.WHBfamily.com.
Published on March 25, 2020
To send flowers to the family of Jerry Gurkoff, please visit Tribute Store.

Send flowers
in memory of Jerry

A place to share condolences and memories.
The guestbook expires on June 23, 2020.

Bonnie Corl
I wish to send my sincere condolences to Jerry's family with his passing. I was a high school classmate of Jerry's and I remember him to be a kind and at times funny guy. Please know your loss is shared by those of us who have known him.
Billie Ann Mitchell
I had a rather serious fall at DFW Airport about 3 years ago- totally destroyed my left ankle & suffered damage to my left foot & calf. Was taken to BUMC ER where a doc “set” the bones & sent me home to NRH for further treatment. Dr. “G” was new to Corsicana, saw me in his office & sent me immediately to surgery at NRH.
He performed one brilliantly impressive surgery & saved my osteopenia-prone, very messed up ankle. Within a year , I was back to jogging 3 miles per day- absolutely no pain, even with the plate installed in my ankle. A wonderful & gifted orthopedic surgeon, direct, funny, very kind & very supportive. I am sorry to hear he is gone from this earth, but I am sure he is... happily entertaining the angels with his stories! God bless him and blessings to his family. We will never forget him.

Billie Ann Mitchell, MSN, RN
903-654-2130Read more
Cindie Cross
Many prayers to you all. I'm sorry for your loss.
Carol & Dan Boone
Jerry was a very unique individual, always ready to share a good story or relay interesting information on various topics. We will miss seeing him at Temple Beth El! The congregation won't be quite the same without him! We pray for God's complete comfort & care to surround Gloria & her family during this time of loss.
Iantha
I just saw the obituary and notice Mr.Gurkoff had passed away and it hurt my heart. I was a patient of Dr. Gurkoff in 2018 in Corsicana,TX. He was caring man. I came in to the ER after stepping into a drive way in my neighbors yard. He asked me if I had stepped off a bridge which we both laugh. I asked why he said I fractured all my bones in my left ankle, and dislocated it. He had a great sense of humor, he spoke to me in a calming manner, he made sure my daughter was okay, ensured I was comfortable and knew everything he was doing before he did it. He spoke of his wife and children as if I knew you all, but I did not. I know you all are proud of the man that was a husband and father t...o you and to me he was a great man and surgeon. Thank you all for lending him to me. He will be missed.Read more
Cheryl Jameson
I have many memories of this wonderful man! He was an excellent surgeon and my whole family loved him. I remember living across the street from him and keeping Gina and Lori while he and Gloria went to a medical conference. I remember him loaning his car to a patient because the patient was in a cast and couldn’t drive his stick shift. I remember him meeting a family at the airport and taking them to the hospital because their son had been in a bad accident. I remember him meeting a patient at McDonalds where the patient worked to adjust his cast. He met my sister at a restaurant to adjust her back. He was the most selfless and caring doctor I have ever known. He did several surgeries on ...my family and friends and took such good care of all of us. We loved him! I am sharing a picture of him at my house in 1983. My prayers go out to Gloria, Lori and Gina. Great memories of a wonderful man that I will never forget!Read more Daniel Shead
I had the opportunity of working with Dr. Gurkoff while he was in Saipan, CNMI in 2019. He overlooked his own pain in order to provide for the people on this tiny island who did not have an orthopedist. Jerry was a great surgeon and physician. He was generous with his time and resources and was a great teacher to those lucky enough to scrub in with him. He was forever baking goodies to share with coworkers and the emergency room staff. He will be missed by many. My thoughts are with his grieving family. Thank you for loaning us Jerry for months and months just prior to his passing. May we all be inspired by his efforts to help his fellow man.
Rick Johnson
I’m very sorry to hear of Dr Gurkoff’s passing. He was a fine doctor with a great sense of humor and always made his patients feel comfortable and assured. He will be missed.
View all 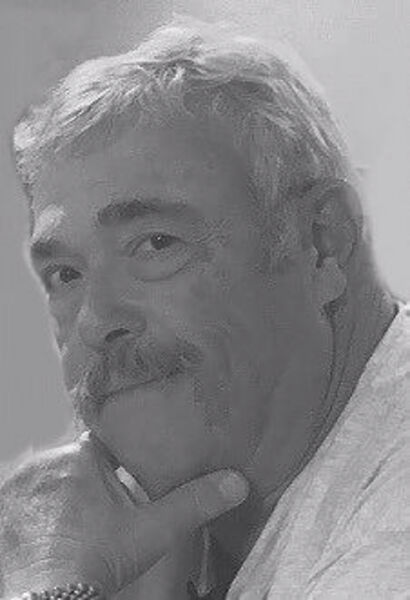