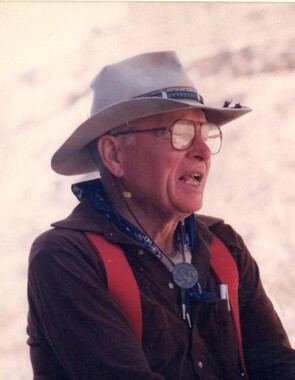 Back to James's story

James Robert "Jim Bob" Ivey passed away Thursday, Feb. 13, 2020, at Twilight Nursing Home where he was loved by residents and staff.
Visitation will be held from 5 to 7 p.m. Saturday, Feb. 15, 2020 at Paschal Funeral Home. Funeral services will be held at 3 p.m. Sunday, Feb. 16, 2020 at the Kerens First Baptist Church with Mr. Jimmy Glenn officiating. Burial will follow in the Kerens Cemetery.
Jim Bob was born July 12, 1923 to Ford and Lee Ellen Clark Ivey on the Ivey Farm in Kerens. Jim Bob was the youngest of four children.
In 1929 he and his family moved to a new home in the city limits of Kerens and that home was the same home he lived in until a year ago. He was a life long member of the First Baptist Church in Kerens. He graduated from Kerens High School in 1941 where he was active in football and track. He attended and played football at Weatherford Junior College in 1941-1942.
He joined the military in 1942 and served until 1946. He served in the Army Air Corps 80th Glider Squadron during WWII in England, France, and Germany. When he was discharged from the Army, he attended Navarro College. While at Navarro College (1946-1948) he was the co-captain for the first football team.
Jim Bob married Betty Sue Hedrick on April 3, 1947. They were married 71 years before her death in 2018. He retired from Texas Power and Light Company in 1985. At that time, he started trail riding throughout Texas, Oklahoma, Arkansas, South Dakota, Louisiana, and Arizona, most times as the wagon master.
Jim Bob was a 40 year member of the Kerens Volunteer Fire Department.
He is preceded in death by his wife, son, Robert "Tinker" Ivey, and daughter Carol Ivey.
Survivors include his daughter Susie Biscoe and husband Chuck of Palestine.; granddaughter, Jill Humphries and husband Johnny of Corsicana along with two great-grandchildren, Kaitlin and Seth.
Arrangements by Paschal Funeral Home.
Published on February 14, 2020
To plant a tree in memory of James Ivey, please visit Tribute Store.

Plant a tree in memory
of James

A place to share condolences and memories.
The guestbook expires on May 14, 2020.

Roxanne Kline
The sweetest kindest man ever. I will never forget you and will always love you and my Nanna.
Sheila & Gary Poe

Jill we are so sorry for the loss of your grandfather. He lived a long and happy life.

Bob Kimberlin
I remember two distinct things about him. I am not a trail rider but was around on several rides Peggie took with him. I remember his politeness to me and his red suppenders!
Harold McCutchen
Jim Bob was avery careing person . He was a good friend of mine and many more . R>I>P with your wife and family
Rhonda Cole
My gosh, what do you say about a man like Jim Bob? I rode many a miles , shared many stores, camp fires and meals with him. I’ve sure missed him these last few years when he could no longer ride. Ride the skies Jim Bob.
Peggie Redhorse Kimberlin
Jim Bob was a wonderful man and loved life. He and his Smithsonian quality LQ (living quarters) horse trail traveled many, many miles trail riding. I shared many of those miles with him and his horse, BD. He only missed a few of the 27 years at the Big Bend-Stillwell Ranch Trail Ride. Jim Bob served as Wagon Master on the many Kerens Riding Club wagon trains and served as Scout on many others. He loved telling stories! He enjoyed telling folks how he went to Paris, France free; via Army! 😁 The Good Lord didn’t make but one Jim Bob Ivey and a large herd of trailriders will never forget him. ❤️
View all 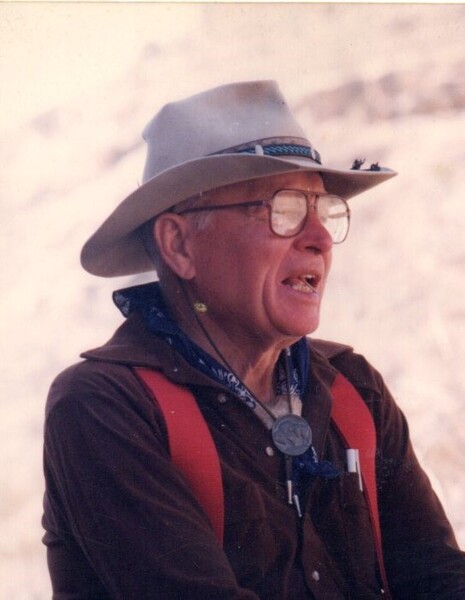