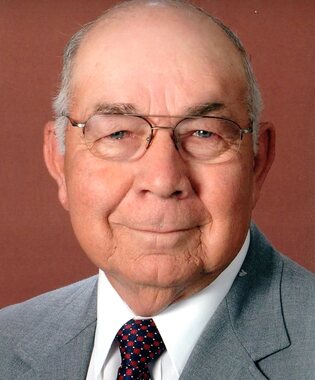 Back to Homer's story

Our community lost a pillar on Monday, Aug. 5, 2019 at the age of 90, surrounded by his family. Homer Gene Wasson was born on July 1, 1929 in Bazette, Texas to Homer and Alta (Fields) Wasson. He attended school in Powell, Texas. After graduating high school, he attended Navarro College, where he earned a scholarship to play basketball, and earned his degree in 1951. He then served in the United States Marine Corps. He married Jann Fain Wasson in 1955 and they were blessed with three children.
Homer Gene worked as a cotton farmer and retired after 24 years from the U.S. Postal Service.
He proudly served on several boards throughout his life, including President of Kerens ISD School Board, Navarro College Board of Trustees, serving 30 years, 17 of those as Chairman, President of Prarie Point Cemetery Association, and Kerens Chamber of Commerce.
He was an elder at Kerens Church of Christ. Homer Gene received many awards and accolades as well. Having a dorm named the Homer G. Wasson dorm at his alma mater, Navarro JC was a highlight.
His favorite pastime was following his children and grandkids throughout their sporting events, dance recitals, choir events, or any extra-curricular activity they were involved in. Homer also served many kids in the community through Little League and Little Dribblers.
He was preceded in death by his parents Homer and Alta Wasson, sister Marilyn and husband Clayton, and granddaughter Chasidie Ann Wasson.
He leaves behind his loving family, wife of 64 years Jann Wasson; son Hal Wasson and his wife Sallie; daughter Sonda Baker and her husband Henry; son Tim Wasson; grandkids Blake Baker and wife Brandy, Hailey Brooks and husband C.T., Chase Wasson and wife Shay, Chelsie Rich, Hunter Wasson and Hogan Wasson, as well as great grandkids Tripp and Emery Baker, Tristin and Brison Brooks, Weston Rich, Cal and Cash Wasson; brother Jerry Wasson and wife Donna; sister-in-law Annette Kidd.
Homer loved life and lived it to the fullest. He loved God, all people, and engaging in a good conversation, especially with his friends at the Feed Store. His smile and genuine personality left people feeling positive and encouraged. He will be missed.
Visitation will be held from 6 to 8 p.m. Thursday, Aug. 8, 2019 at Kerens Church of Christ. A Celebration of Life will be held at 11 a.m. Friday, Aug. 9, 2019 at the First Baptist Church in Kerens with Jimmy Glenn officiating. Interment to follow in the Prairie Point Cemetery. Pallbearers are Blake Baker, Chase Wasson, Hunter Wasson, Hogan Wasson, Tripp Baker, Kevin Lockhart and C. T. Brooks. Honorary pallbearers are John Kenner, Dr. Dick Sanchez, Gerry Harris, Danny Combs, Jeffery Saunders, Russ
Crawford, Jairl Radney and Sonny Bancroft.
Published on August 7, 2019
To plant a tree in memory of Homer Wasson, please visit Tribute Store.

Plant a tree in memory
of Homer

A place to share condolences and memories.
The guestbook expires on November 05, 2019.

Restore the guestbook to view the 16 more posts by family and friends, and share a memory or message of condolence of your own. 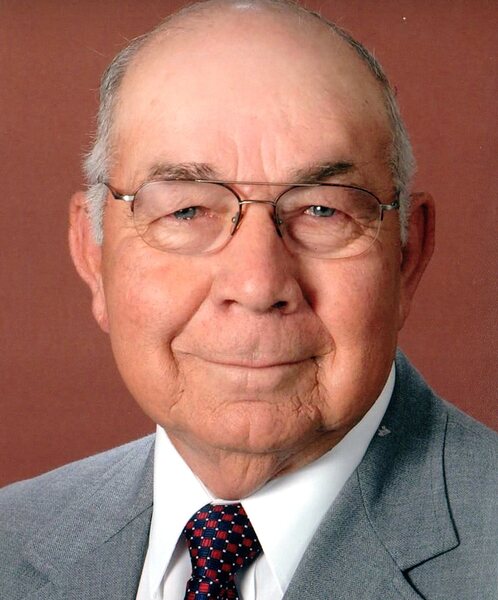