Back to Holly's story

Holly Denise Bowden passed away Saturday, Feb. 1, 2020 at Baylor Hillcrest Hospital in Waco. Holly moved to Wortham with her daughter, Jourdan in 1995 and remained in their home until her passing.
Holly was born May 12, 1973 in Corsicana to Michael and Beverly Brashear of Mildred.
Holly graduated Salutatorian in her class at Navarro College from the Occupational Therapy Assistant program. Helping others was Holly's calling and she took great pride in working with her kids with physical needs. Her ability to put the needs of others before her own was immeasurable.
Holly was a devoted mother and "Honey." Her creativity and love for her grandchildren meant any time they spend together would be an adventure. Whether it was playing football or having a tea party, Holly would engulf herself wholly in playing with her grandkids. She would put her grandchildren before anything else and never shied away from basking them with gifts whenever possible. When asked she would simply say, "Grandbabies are the best."
Holly will always be remembered for the love and affection she showed family, friends and the children in her care. Her dedication to others' well being was unmatched and will remain cherished memories to those close to her. Holly's legacy will be carried on by her daughter, granddaughter and loved ones.
Holly is preceded in death by her grandparents, Scott Lee Brashear and Marie Brashear and Dennis Bass and Ruth Bass and cousin, Shae Rogers.
She is survived by her parents, Mike and Beverly Brashear; her daughter, Jourdan Collins and husband Kyle Collins; granddaughter, Cora Collins; brother, Don Brashear and wife Kayna Brashear; nephews, Kyle and Coy Brashear; great nephew, Channing Brashear and grandson Bryce Bowden.
Published on February 10, 2020
To plant a tree in memory of Holly Bowden, please visit Tribute Store. 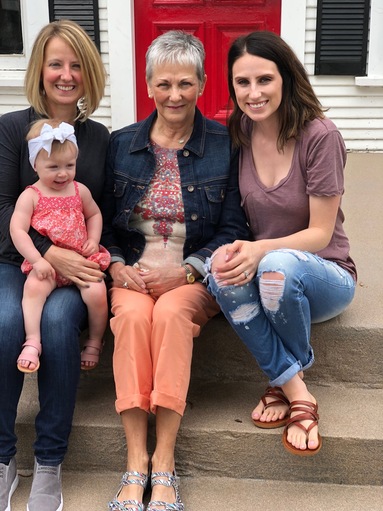 Plant a tree in memory
of Holly

A place to share condolences and memories.
The guestbook expires on May 10, 2020.

Doris Hitchcock Ellis
I am so sorry to hear of Holly's passing. I was her aunt but never met her, and that was my loss. Her mother Beverly was a favorite of mine and a sweetheart and I know that Holly must have been, too, with a mother like Beverly. My prayers are for the family.
Cynthia Brown
So sorry for your loss! I know how heart breaking it is.
View all