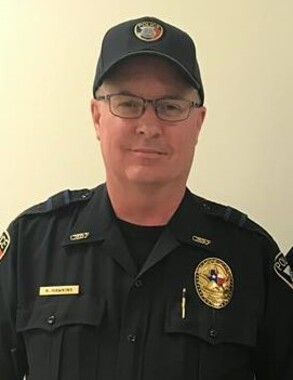 Back to Charles's story

Charles Kraig Hawkins, age 50, found peace on Sunday, Jan. 5, 2020. Kraig was born on June 9, 1969 to Charles and Patsy Hawkins.
Kraig grew up in Kerens, playing Little League baseball and Little Dribblers, going to Gibson's with his daddy on Saturdays and playing with his tractors on the shag carpet.
Kraig graduated from Kerens High School in 1987. He was in the graduating Class of 1994 Navarro College Police Academy. He also graduated from Navarro College with an Associates degree in 1995.
Kraig enjoyed hunting and fishing but his favorite was boogie boarding in Galveston.
Kraig married Lea on September 26, 1993. They had three children, Hunter, Cole and Haleigh. He liked to take them to the woods or fishing, to Dee's Place or to the store (where he always spent too much!)
Kraig worked at K-Mart Super Center, quickly moving up to Loss Control Manager. In 2001, Kraig went to work for Navarro College Police Department, again quickly moving up through the ranks to Police Chief. He was an exceptional leader. He set goals and always followed through effortlessly, efficiently and immediately. He always wanted his officers to have the best because they were the best.
Kraig had a wonderful gift of gab. He could tell you anything you wanted to know (or didn't want to know) on whatever subject he had an interest in. Kraig had so many admirable qualities and such a charismatic personality. He was quite charming.
Kraig was preceded in death by the three men he admired most, his daddy, Charles Hawkins, his son, Cole Hawkins and his grandfather, Bunk Goines.
Kraig is survived by his wife, Lea; son, Hunter; daughter, Haleigh; granddaughter, Ivana; mother, Patsy; parents-in-law, Les and Cleta Cotten; brother-in-law, Leslie Cotten (Lori); sister-in-law, Lori Hargrove (Kalen); special nephew, Heath Cotten; nephews, Kaden Hargrove and Andersen Bybee; niece, Ashtyn Bybee; He is also survived by numerous aunts, uncles, cousins, friends and family.
A memorial service for Kraig is scheduled for 2 p.m. Tuesday, Jan. 14, 2020 at the Kerens First Baptist Church with Mr. Jimmy Glenn and Bro. Danny Sandifer officiating.
In lieu of flowers, memorials may be made to the Muscular Dystrophy Association or The Brent Thompson Fallen Officer Memorial Fund, 2115 W. fourth Avenue, Corsicana, Texas 75110 or the charity of your choice.
Arrangements by Paschal Funeral Home
Published on January 8, 2020
To plant a tree in memory of Charles Hawkins, please visit Tribute Store.

Plant a tree in memory
of Charles

A place to share condolences and memories.
The guestbook expires on April 07, 2020.

Michael J Crawford
My condolences to the family. Kraig was always a good guy.
Janet Daugherty
Kraig was a very special person to me. For the past 16 years, he has been my little brother at NC. I know the loss I feel is nothing compared to that of his family. My prayers are with Leah and family.
View all 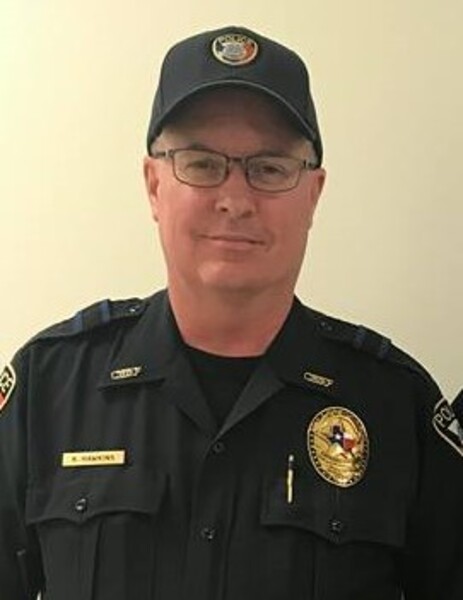